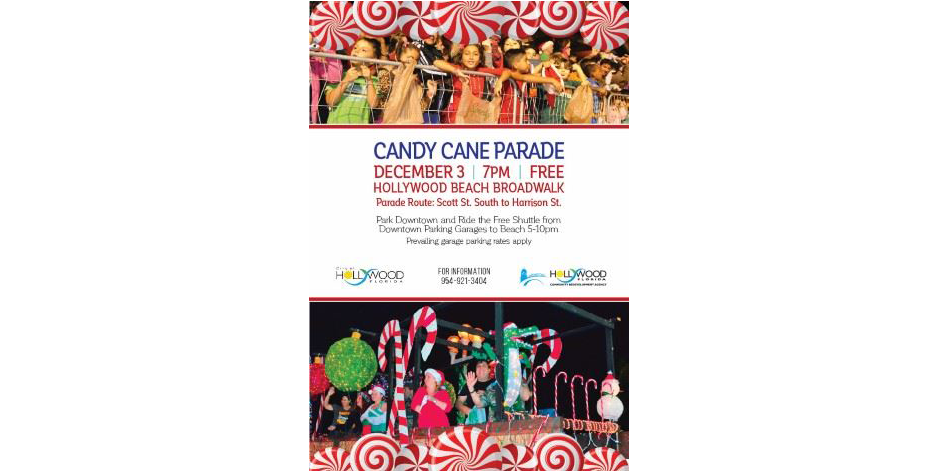 The Candy Cane Parade on Hollywood Beach is one of the longest running holiday parades in the country. It started back in the mid-1950’s by a group of Hollywood merchants as a way to draw patrons to their shops and businesses. Today it features dozens of lighted floats and vehicles with parade participants tossing out candy canes and starlight mints all along the parade route to the thousands of spectators who line the Broadwalk.